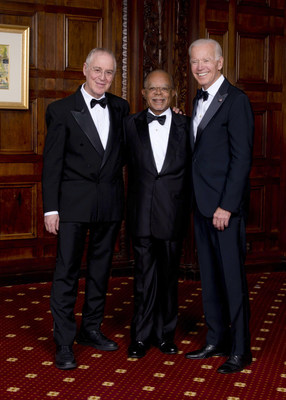 WILMINGTON, Del., April 15, 2018 /PRNewswire/ -- Three renowned achievers will be honored for their lifetime accomplishments with the 39th Annual Common Wealth Awards of Distinguished Service. The awards recognize individuals who have enriched modern culture through their professional and personal endeavors.

The 2018 Common Wealth Award recipients are:

The honorees will be recognized at the Common Wealth Awards ceremony hosted by The PNC Financial Services Group Saturday, April 14, at the Hotel du Pont in Wilmington.

"This year's Common Wealth Award honorees have shaped our world in meaningful and momentous ways," said Bruce H. Colbourn, market executive for PNC Bank, Delaware. "In recognizing these believers and achievers, we show our esteem for all the ways they have enriched and enlightened our world through their life's work."

Ralph Hayes, creator of the Common Wealth Awards, served on the board of directors of one of PNC's predecessor banks in Delaware from 1935 to 1965. Through the awards, he sought to recognize outstanding achievement in eight disciplines: dramatic arts, literature, science, invention, mass communications, public service, government, and sociology. The awards also are an incentive for individuals to make future contributions to the world community.

Investments: Not FDIC Insured. No Bank Guarantee. May Lose Value.·